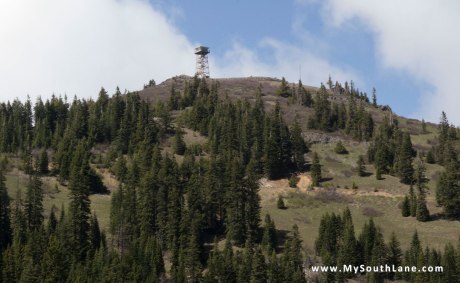 Last weekend, I had a strong urge to “get out of town,” so we loaded up our dogs and headed east toward Bohemia Mountain. Our first stop was Fairview Peak Lookout, about an hour and a half drive from Cottage Grove.

The drive itself – up the Row River Valley and then up to Bohemia Saddle – is worth the trip alone. But my favorite part was the final stretch up Fairview Peak to the lookout tower.

View of the Three Sisters from Fairview Peak

The gate on this final stretch was closed, which meant that we walked the last 1.2 miles. It is an amazing walk as the view from the Peak – at 5,933 feet – is pretty spectacular. This high up, it was hard to get our bearings on the mountains we were seeing in the distance. The Three Sisters are always easy to distinguish, but I’m never very sure about many of the others. And, when I was able to pull my eyes away from the views in the distance, the views at our feet were pretty awesome as well. It is clearly wildflower season in the mountains around Cottage Grove, and many of the wildflowers are different than the ones we see here in the valley. 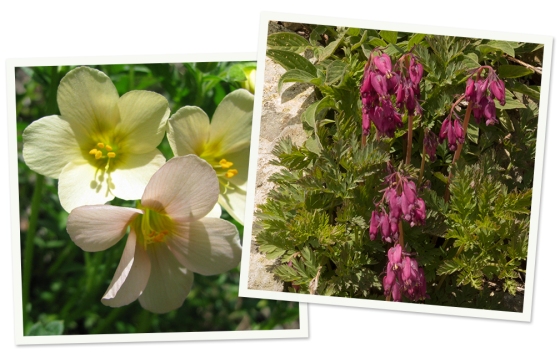 When standing up here, it is easy to see why fire lookout towers were so valuable for so many years. Not only were we able to see far into the distance, but we had great sight-lines into the local hills and valleys, which would make spotting smoke very effective from up here.

Unlike many of our old fire lookout towers, the one at Fairview Peak is in good condition, and can be rented through the Forest Service. I haven’t been to the top of the 53′ tower, but the 15’x 15’ room has 360-degree views from the windows and the catwalk. I imagine the stars at night must be amazing.

Of course, Fairview Peak is close to the Bohemia Mining District, but I am saving that for another post.

To get to Fairview Peak, most people drive up Brice Creek — see these directions from the Forest Service website. We actually took a back road up Sharps Creek which is only for high clearance, 4-wheel drive vehicles.

And as a reminder, when you head out on Forest Service roads, please be very clear about where you are going. The steeper, rougher roads are not always clearly marked on road signs and online services (like Google maps, for instance) doesn’t always know either. In fact, Google Maps sends you up Sharps Creek Road to get to Fairview Peak, when the Brice Creek route recommended by the Forest Service is a well-maintained gravel road appropriate for more general vehicles.